Do you have an older home with a popcorn textured ceiling?  Popcorn ceilings used to be a really popular interior finish but has since made way for more modern and subtle textures.  When popcorn ceilings first came out it wasn’t just about the looks, the textures also worked to absorb sound and reduce the amount of echos in a room.  Nowadays it’s not uncommon for homeowners with an older home to want to have the popcorn ceiling texture removed and replaced with something more modern and current.

Why Do You Want Your Popcorn Ceiling Texture Removed?

DRR Drywall Repair is a drywall repair company based out of Ocala, Florida and serving the surrounding area.  One of the services we specialize in is popcorn ceiling and textured ceiling removal.  Popcorn ceilings can be notoriously difficult to remove, it’s messy, and can pose safety concerns if the home is a much older home where asbestos or lead was used in the original ceiling texture.  DRR Drywall Repair can take away the hassle of removing your popcorn ceiling, we’ll remove it safely, cleanly, and we can replace it with a more sleek, and modern texture.

How Do We Remove Your Popcorn Ceiling?

Removing your popcorn ceiling isn’t an easy task.  It takes a multi-step approach to remove it properly, the right way, so the existing substrate can be ready for a new texture.

If your existing popcorn ceiling has been damaged and you’d like to have it repaired rather than replaced,we can help!  We can professionally repair your popcorn ceiling and blend the texturing so it looks like a repair has never taken place.

Does Your Popcorn Ceiling Contain Asbestos?

If your home was built prior to 1981 there is a chance your popcorn ceiling could contain Asbestos.  If that is the case your ceiling texture will need to be tested to be sure.  If there is Asbestos in your popcorn ceiling texture it will make the project more difficult and you’ll likely need to have a professional abatement company remove it safely.

If you have popcorn ceiling that you want removed and re-textured professionally you need to contact DRR Drywall Repair (352) 817-3094 to schedule a time for your estimate. 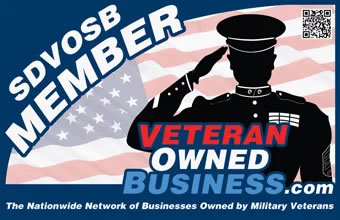